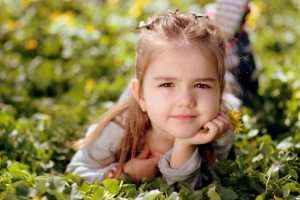 The broad medical/scientific definition of autism denote a mental condition present from early childhood. It’s generally characterized by difficulty in communication, using language, understanding abstract concepts, forming relationships with other people, repetitive behaviors, possible seizures, and sensory issues. Yes, there is so many manifestations of it, so many kinds of expressions of it, every individual with autism is particular. Hence, that is why autism is considered a wide range spectrum. Mild autism can give you a genius like Einstein too severe autism in which you can remain non verbal. Noteworthy, autism is not contagious but rather genetics after all we’re all imperfect. I found this important to mentioned because sometimes people do not allow their child around my M as if he would infect them with autism. True, as parents of an autistic child you’re often judged and yes I know first hand what its like for people to stare at you in public when your child having sensory issues or do not act normal in their eyes. Autism unlike some disabilities does not carry a particular physical attribute. So many outsiders make assumptions base on mere appearance of a child/adult with autism. Often, I hear M look fine or he will grow out of it or autism just an excuse for a bad child or worse you need to make him normal. In honesty, these individuals do not understand M’s beautiful mind is like a computer that has its cables hookup or wired differently in which thinking becomes more sensory base in pictures, smells, touches and combining such into sensory base memories. There is no cure for autism at this time. However, we have many different types of therapy offered to help improve social interaction, adjust certain behaviors and verbal (sign language) communications. Sadly, like myself, many parents of an autistic child make sacrifices in getting better insurance coverage to accommodate the significantly high cost to obtain the best therapeutic services. I treasure meeting other families affected by autism. Their strength is inspiring. M is a blessing to our family regardless if no one else sees it. I would not trade my M’s uniqueness for the considered norm, in fact I am exhausted of people saying he need to be like everyone else. M is teaching me, he is always unique totally intelligent sometimes mysterious!

Is M story helpful for you?

My Tweets
Join 204 other followers